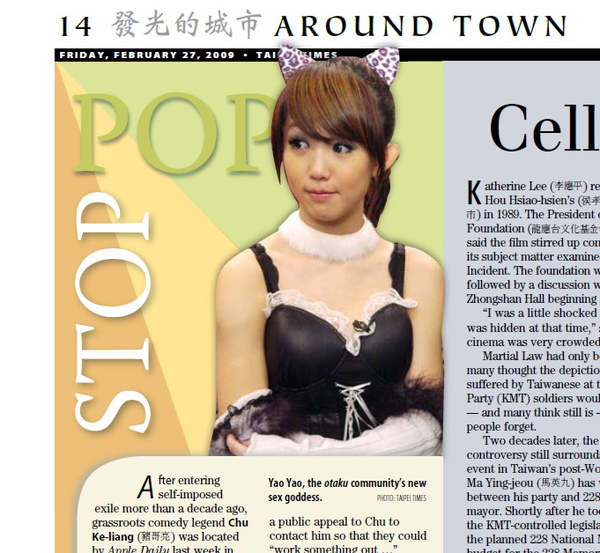 If you’re blissfully unaware of who Yao Yao (瑤瑤) is, you’re most likely not a zhainan (宅男), the Taiwanese version of the Japanese otaku, a homebound, nerdy guy whose life is all about anime films, manga or computer games and the real-life girls who endorse these products.

Yao Yao is a baby-faced 18-year-old high-school girl and the alleged owner of a pair of 33E breasts. She was recently featured in a television commercial for an online game, which apparently was plotless and centered on her undulating umlauts while she rode a mechanical horse.

In a sign of her rising popularity, the newly minted diva attracted the attention of a stalker, her first, who lurked a whole day at the entrance of the school she attends. Police later arrested the admirer, 19-year-old Lee Lung-hui (李龍輝), for stealing an online game package from a convenience store after he failed to make contact with his idol.

When asked why he wanted to meet Yao Yao, Lee expressed his wish to become her bodyguard. As for the game package he pilfered, Lee said Yao Yao looked so fragile and vulnerable in the picture on the cover that he just had to take it home. 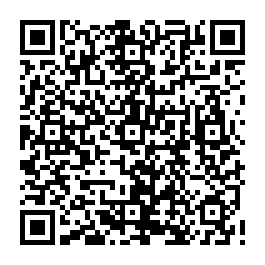